Most experienced electricians will tend to avoid speaking in unnecessary terms that most people won’t understand, but there are some common terms that make it easier to understand the nature of the problem of the work that needs to be carried out.

Volts measure the electrical force of the current or supply. Different countries have different voltages, usually 110v or 220 / 240v. Australia runs the same as the UK and hence why you would need an adapter to run an American appliance. Volts can be thought of as “pushing” the electricity down the cable, the higher the volts, the further it can go without interference.

Alongside volts, amps are the measurement of how powerful the current or supply is. All power supplies and appliances will display volts and amps. Combined they tell you how much power you will be using. If volts are “pushed”, the names are “pulled” by the devices connected. Your fuse or plug and your supply must have enough to power the item using it. For example, a normal domestic home wouldn’t usually require more than 100 amps in total.

This is your main inlet of electricity into your home. Often called a “consumer unit” or sometimes a “fuse box”. Modern service boxes don’t have fuses as they blow, they have circuit breakers that are just switched that need resetting when it’s safe. Your service box will separate out your electricity into lights, aircon, outlets, cookers and however else your home is wired. Modern ones are governed by strict compliance rules and can have a lot of safety features.

This is the loop of power or flow. It can be large like one of the ones coming from your service box, or it can be localised and much smaller. An electric shock happens when you join or complete a live circuit which is why electricians can work on live power lines in certain circumstances as they aren’t completing the circuit.

This is the equivalent of a fuse in today’s world. They are switches that cannot blow but will need resetting once the fault has gone (which is why they trip and turn off). normally found in Service Boxes but other separate supplies can have them too. 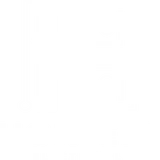 Horsell Electrical are the best Electricians servicing Maitland, Newcastle and surrounds. We are reputable, reliable & affordable with free quotes for all large or small commercial & domestic electrical work